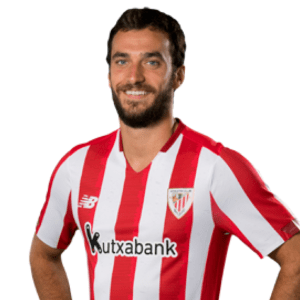 Iñigo Lekue was born in Bilbao and grew up an Athletic fan like everyone else in his family. He attended storied academy Danok Bat at an early age and, after graduating in 2012, joined Lezama feeder club CD Basconia where he began to stand out for his versatility and work ethic. The following season he was promoted to Bilbao Athletic where he played two years and helped the reserve side earn promotion to the Segunda. In the summer of 2015 he was promoted to the first team and was handed his debut on 15 August, 2015 when he came on as a substitute during Athletic’s 4-0 win over Barcelona at the San Mamés in the Spanish Super Cup. Since then Lekue has been a mainstay in the squad and has played in multiple positions which has made him an extremely useful footballer.

Iñigo Lekue is under contract through 2023 and his deal contains a €40 million release clause.