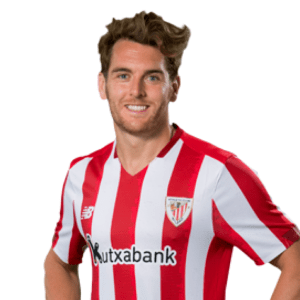 Ibai Gómez was born in the city of Bilbao and grew up a massive fan of Athletic Club. He attended the youth academy of Santutxu before making the switch to Sestao River in the summer of 2009. The following year he would be signed by Bilbao Athletic and made his first team debut later that season. Gómez would go on to feature in 145 games for the Zurigorri before struggling with injuries and being allowed to leave for free in the summer of 2016 when he signed with Deportivo Alavés. While at Alavés he played the best football of his career and on 10 January, 2019 it was announced that Athletic had re-signed Ibai Gómez, bringing him back home to the San Mamés.

Ibai Gómez is under contract through 2022 and his deal does not contain a release clause.